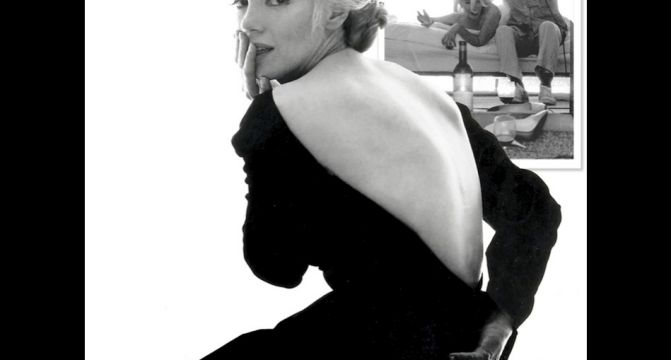 “Bert Stern Original; Mad Man is not, for better or worse, a conventional bio-documentary. Rather it’s a highly personal, emotional journey into one artist’s life that encompasses joy, despair, triumph and humor. A challenging mix for composers, whose job it is to make these disparate elements blend together into a cohesive whole. Starr Parodi and Jeff Fair were always our first choice for this creative task, and they surpassed our high expectations in so many ways.
Passion is such an overused word today that it’s become debased. But if you mix true passion for your work with raw talent and experience, it results in a heady brew; rich, unexpected, and beautiful.  This is what Starr and Jeff brought to Bert Stern. Perhaps one of the best measures of a successful film score is when it becomes one with all the elements of a film, where the viewer cannot imagine ”that image” without “that music.” Starr and Jeff achieved that magical mix, and we are grateful.” – Greg McClatchy, Producer – Bert Stern: Original Madman

Directed by Shannah Laumeister this award winning documentary which premiered at the Telluride Film Festival has been getting rave reviews at film festivals around the world. Bert Stern: Original Madman will have its U.S. theatrical release in New York City in March 2013.

Sophia Loren, Liz Taylor, Shirley MacLaine, Barbra Streisand, Madonna, Scarlett Johansson, Marilyn Monroe: the famous American photographer Bert Stern has snapped them all. In his own words, “Making love and making photographs were closely connected in my mind when it came to women.” Stern is particularly famous for his portrait series of Marilyn Monroe and his “Lolita with heart-shaped glasses” for the poster of Stanley Kubrick’s Lolita. What begins as a conventional portrait of a celebrity photographer gradually turns into a playful mirror gag between the 82-year-old and his muse Shannah Laumeister, 40 years his junior, who also directed the film. Organized into chapters and packed with photos, interviews and scenes from Stern’s daily pursuits, Becoming Bert Stern reveals a man who venerated women and raised them to iconic proportions, but could hardly relate to them in everyday life. Underscored by warm, fresh sounding music, Laumeister has made a loving, intimate and vulnerable portrait of a man who appeared to have it all, but who also ended up losing it all.