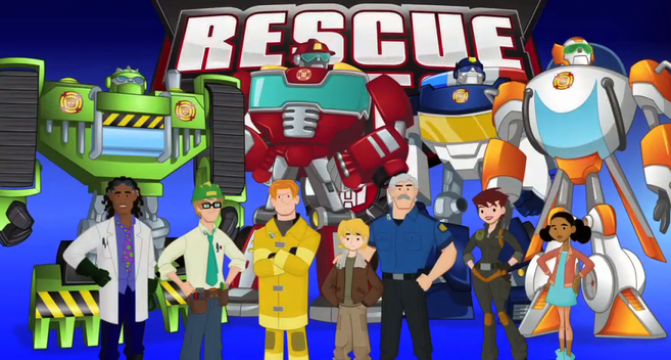 “They (Starr & Jeff) care deeply about every theme… every instrument… every note. Their passion for what they do… and how they do it… is truly unique.” – Jeff Kline, Executive Producer: G.I. Joe Renegades, Transformers Rescue Bots

The newest show in the legendary Transformers franchise.

We created all the themes and underscore for the bucolic Maine Seaport of Griffin Rock with its High Tech residents and Transformer aliens who are disguised as public service robots. We also wrote the main title music to the story told in Nicole Dubuc’s descriptive prose and chose Mariana’s Trench Frontman Josh Ramsay to be the voice of our main title. Congratulations to Josh on his Grammy Nomination for his work on Carly Rae Jepsons “Call Me Maybe”.